A video introducing Project Front Yard to the Acadiana community is an award winner. The 30-second commercial television spot, created by Right Angle for Lafayette Consolidated Government, won a 35th Annual Bronze Telly Award in a national and international competition for video and film productions.

Project Front Yard is a volunteer initiative to improve public spaces, clean up streets and waterways, and create public art.

“We focused on delivering an upbeat message, to let people know that everyone can get involved and make a difference, even by doing something as simple as picking up litter,” said Lagneaux.

Throughout the commercial, the camera maintains a bird’s-eye view, which gives viewers the perspective of being engaged in hands-on activities, such as picking up trash and preparing to paint.

The spot was entered in the Regional TV & Multi-Market Cable — Low Budget category. The Telly Awards, established in 1979, is the premier award honoring outstanding video and film productions. Silver Winners are awarded a Silver Telly statuette, the highest honor. Bronze Winners are awarded a Bronze Telly statuette. In addition, each winner receives a commemorative certificate.

Right Angle, founded in 1987, is a full-service creative agency. Its signature service, Dimensional Branding™, is a comprehensive approach to public relations, branding, marketing, and advertising. Right Angle connects with all media, including digital, print, radio, and television. Its areas of expertise include social media, web design, and search engine optimization.

The video can be seen online at http://www.rightangleadv.com/portfolio/tv-video.html. 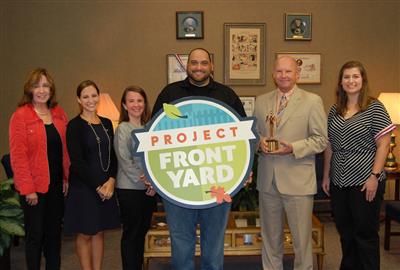